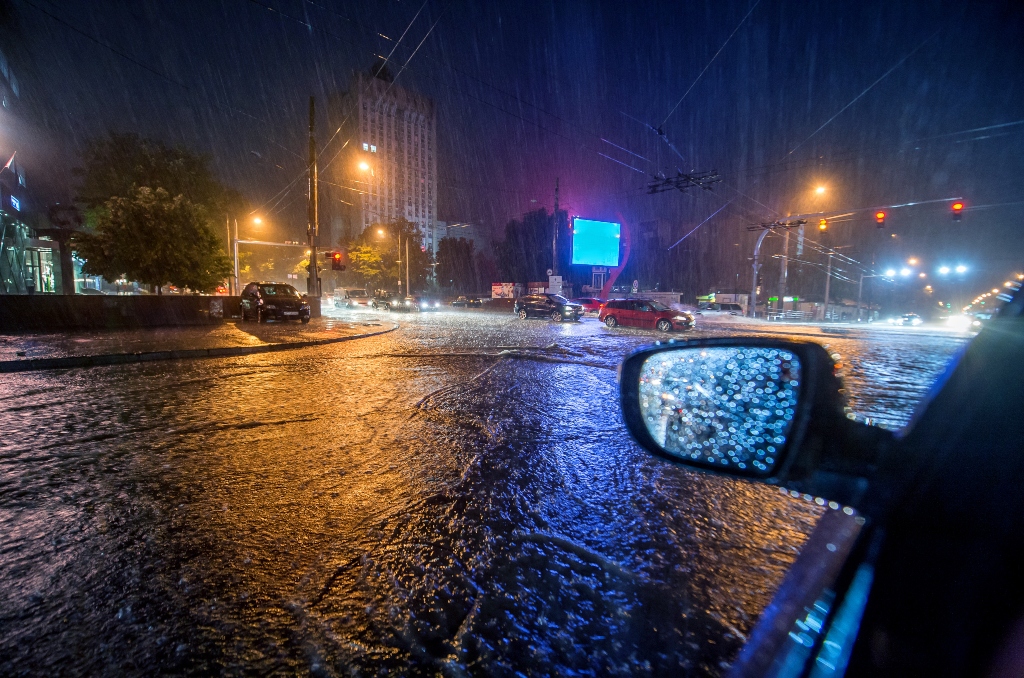 Strong winds, heavy rains, and flooding hit South Florida on Saturday with up to 11 inches of rain falling in some areas since Friday, leaving several cars stalled on Fort Lauderdale and Miami streets.

The city of Miami issued a warning Saturday afternoon stating that several roads were not accessible, specifically low-lying and poorly drained spots such as the Brickell area. At least one beach was closed.

Miami-Dade Fire Rescue officials emphasized the danger of flooding throughout the weekend, stating that it was “high” across the county. Residents were urged to stay home and not drive or walk through the flooded streets. Fire Chief Joseph Zahralban told WSVN that “nearly 100 vehicles were stranded overnight in floodwaters throughout Miami.”

Miami-Dade also issued a No-Swim Advisory for specific areas after officials announced an increase in sewer overflows throughout. Wastewater overflow at a local plant had the “potential to mix with flood waters at the facility and flow towards adjacent surface waters,” the county said in a statement. Visitors and residents were also encouraged to avoid activities such as boating and fishing.

South Florida was put under a flood watch on Saturday through 8 p.m. ET.

The National Weather Service (NWS) said the storm system’s heaviest rain bands had shifted offshore by late afternoon but cautioned some isolated showers could follow and cause additional flooding.

The NWS office located in Miami said between approximately 6 and 11 inches of rain fell on some South Florida areas.

“Record rainfall was recorded Saturday for the date of June 4 in West Palm Beach (which saw 4.5 inches of water), Fort Lauderdale (which saw 6.55 inches), and Miami (which recorded 5.24 inches),” according to the NWS.

Potential Tropical Cycle One was organized in a poor fashion as it moved toward the Atlantic Ocean Saturday evening. At around 5 p.m. ET, the National Hurricane Center spotted the storm about 40 miles northeast of Fort Pierce.

The storm is expected to pick up

According to the center, the storm had sustained winds of approximately 45 miles per hour and was quickly moving northeast at roughly 18 miles per hour.

The latest track from the hurricane center shows the storm system gaining enough strength to transform into Tropical Storm Alex within the next 12 hours, then passing north of Bermuda on Monday.

According to FlightAware data, airlines canceled 841 flights on Friday due to different storm systems.

Several U.S. airlines dealt with disruptions at Florida airports throughout the weekend.

9
Previous Can I go glamping in Florida?
Next The Sunshine State’s Lion Country Safari is named one of the nation’s Top 5 safari parks