Courtesy: Shutterstock – Gregory Reed According to the University of Florida athletic director Scott Stricklin, the week 7 matchup between the Florida Gators and reigning national champion LSU Tigers will be rescheduled for Dec. 12. The news comes after reports revealed 21 players tested positive for COVID-19, 18 of which are scholarship athletes. The team 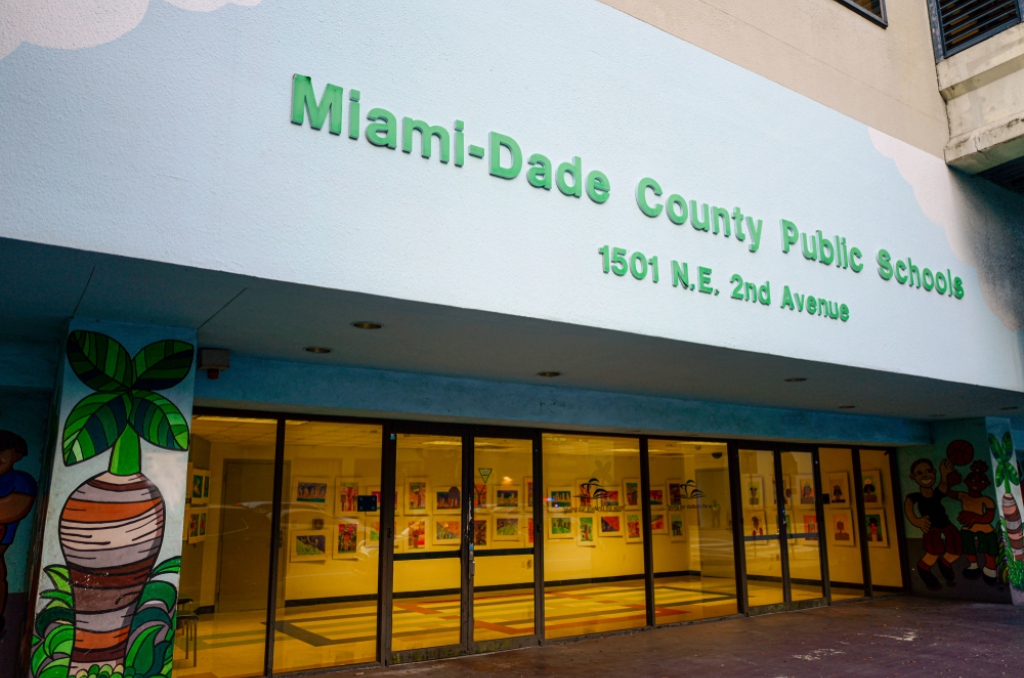 Facade to the Miami-Dade County Public Library building with an art exhibition entrance located within the downtown 2nd Avenue community and touristic neighborhoods on June 26, 2019. Photo and Caption: Hernando Sorzano/Shutterstock.com Florida public schools have been reopening with in-person instruction for six weeks except for Miami-Dade County Public Schools (MDCPS), the state’s largest and Image by Eduardo Romero from Pixabay  The Walt Disney Company announced it will lay off about 28,000 workers at two theme parks, including Disney World in Orlando. The American Hotel & Lodging Association (AHLA) said Florida has lost 76,746 hotel jobs since March. This accounts for 40 percent of the state’s hotel workforce. Disney World

Hyperloop all cutaway. Photo and Caption: Camilo Sanchez / Wikimedia Commons According to a report in the Fort Myers News-Press, Florida is looking at a company developing a 700 mph hyperloop that could run from Tampa to South Florida. It allows small groups of passengers to travel in pods in tubes at high-speed, using magnetic Governor-elect Ron DeSantis speaking with attendees at the 2018 Student Action Summit hosted by Turning Point USA at the Palm Beach County Convention Center in West Palm Beach, Florida, USA. Photo and Caption: Gage Skidmore | Flickr Florida governor Ron DeSantis has been busy. He made an announcement Thursday that the state will preempt local An empty school classroom. Photo: Monkey Business Images/Shutterstock.com As the coronavirus pandemic continues, there are still calls for a sense of normalcy in our lives. Slowly but surely, places are reopening up and schools are now even being considered for reopening after nearly 7 months of being closed down. The Miami-Dade School Board voted unanimously Image by Ernie A. Stephens from Pixabay  There are currently calls for increasing college tuition, including the first across-the-board tuition increase since 2013 for 420,000 students who attend Florida’s 12 public universities. There are also proposals for streamlining programs and services and possible faculty and staff layoffs. Governor Ron DeSantis has ordered Florida departments and Image by giselaatje from Pixabay  Florida Senators Marco Rubio and Rick Scott want to extend Daylight Savings Time in the U.S. until November 7th, 2021. The two senators introduced legislation on Wednesday, September 16th that could keep the United States on Daylight Savings Time through the 7th of November of next year because of the