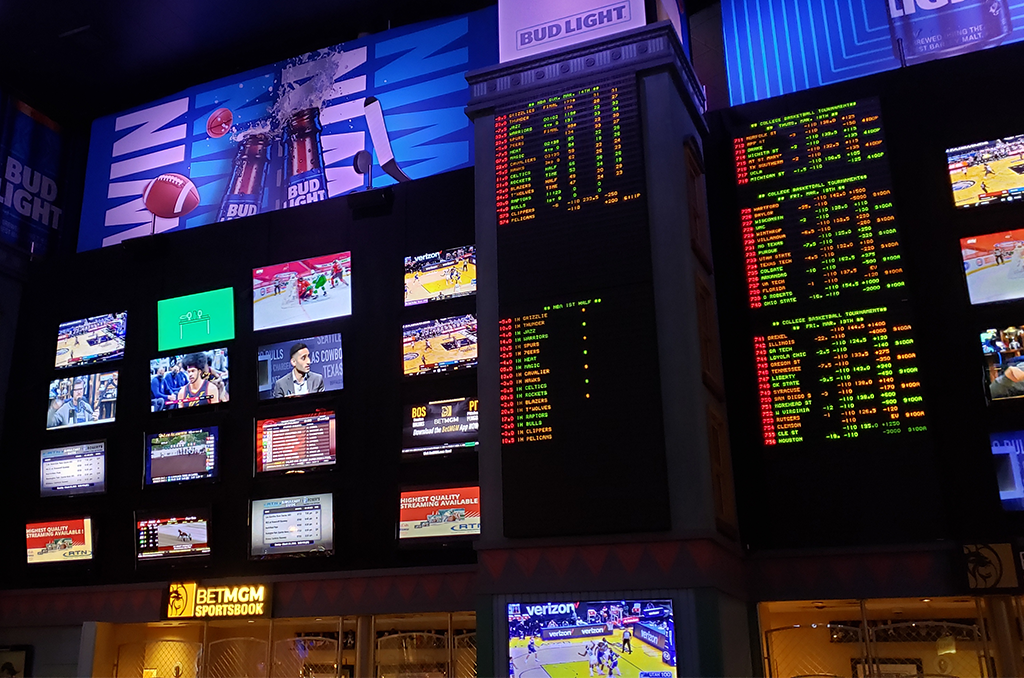 The latest legal challenge was filed Monday, in Washington D.C. This came less than two weeks after the U.S. Department of the Interior signed off on a gambling “compact” that was passed by the Florida Legislature back in May after several negotiations.

The “compact,” signed by Seminole Tribe of Florida Chairman Marcellus Osceola Jr. and DeSantis, opens the door to sports betting for the first time in Florida. Under the agreement, the Seminoles would act as the host to sports betting while contracting with pari-mutuels that would get a percentage of online bets placed using mobile apps.

According to owners of several Florida casinos, including the owners of Bonita Springs Poker Room and Miami-Dade County’s Magic City Casino, the sports betting plan would cause a “significant and potentially devastating” impact on their businesses, in addition to violating federal laws.

The Havenick family has owned both facilities for more than five decades. In July, they filed a lawsuit in Tallahassee federal court. The complaint was amended Monday.

“Through this fiction, the compact and implementing law seek to expand sports betting outside of Indian lands to individuals located anywhere in Florida so long as they have a computer and internet connection — subject only to the tribe’s monopoly,” lawyers for the pari-mutuels wrote in Monday’s 43-page lawsuit, which names as defendants Interior Secretary Deb Haaland and her agency.

This month, the federal Bureau of Indian Affairs, allowed a 45-day review period to pass without taking action on the agreement. Under the Indian Gaming Regulatory Act, the compact is “considered to have been approved” but only “to the extent that the compact is consistent with the provisions” of the law.

“Evolving technology should not be an impediment to tribes participating in the gaming industry,” Bryan Newland, a deputy assistant secretary for Indian affairs at the federal department, wrote on Aug. 6 in letters to Osceola and DeSantis.

The “pursuit of mobile gaming is in line with the public policy considerations of IGRA to promote tribal economic development, self-sufficiency, and strong tribal governments,” Newland added.

The lawsuit filed earlier this week maintains that the federal agency lacked any authority to approve the compact.

“Although Secretary Haaland could have approved a compact between Florida and the tribe to permit in-person or online sports betting by patrons physically on the tribe’s reservations, the plain language of IGRA prevents her from approving the compact here because it does not comply with IGRA’s ‘Indian lands’ requirement. The compact therefore both violates IGRA and falls outside the scope of compacts she is authorized to approve in the first instance,” the pari-mutuels’ lawyers wrote.

President of the group No Casinos John Sowinski said in a prepared statement this month that the compact “violates multiple federal laws as well as the Florida Constitution.”

“Only Florida voters, not politicians in Tallahassee or Washington, have the power to expand gambling in Florida. This issue will have its day in both state and federal courts, where we are confident that this compact will be overturned. We are committed to ensuring that the people of Florida will always have the final say on gambling as required by Florida’s Amendment 3,” Sowinski, whose group was behind the amendment, said on Aug. 6.

28
Previous More than 10,000 students in Hillsborough County isolated or quarantined a week into new school year
Next So long to the Chevy Camaro – An electric sedan will take its place in 2024