Mar-a-Lago, and its owner, have caused concerns for U.S. intelligence agencies for years 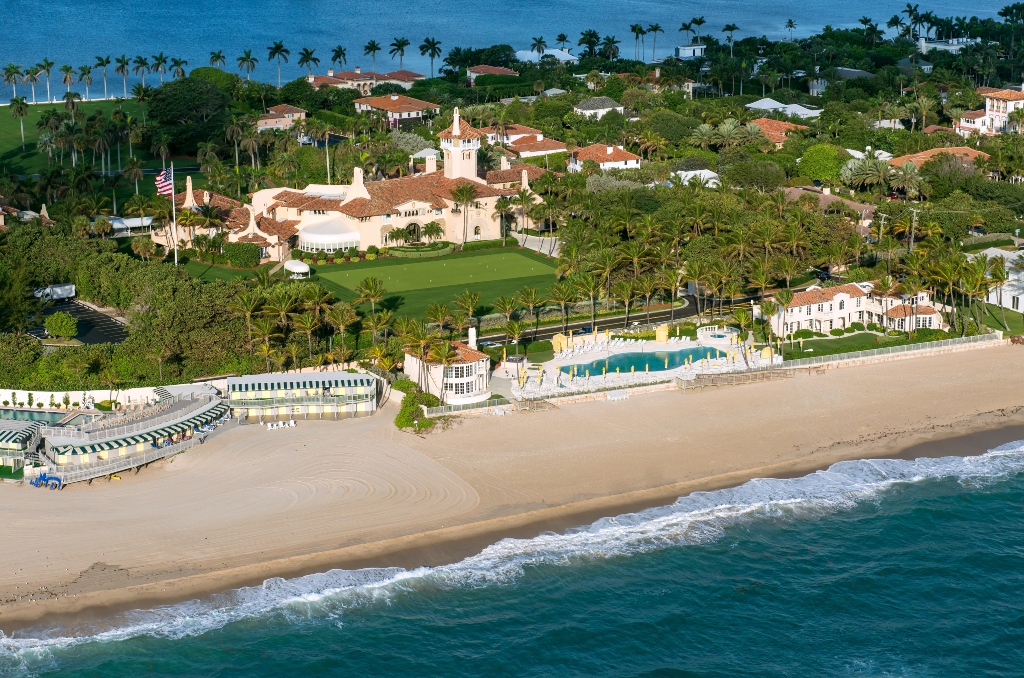 Donald Trump’s stone-walled oceanfront estate, known as the “Winter White House,” has been a source of concern for intelligence officials and national security for years. Mar-a-Lago’s sprawling guest list, clubby atmosphere, and famous proprietor combined into a “nightmare” for keeping the government’s top secrets, one former intelligence professional said.

Now, the 114-room mansion and its numerous outbuildings are under close surveillance due to a Justice Department investigation into Trump’s handling of presidential material. After hours of searching the property just last week, FBI agents seized 11 sets of “sensitive compartmented information” documents–among the highest levels of government confidence. On Saturday, CNN reported that one of Trump’s attorneys claimed in June that absolutely no classified material was located at the club. This statement raised new questions regarding the number of people who have legal exposure in the ongoing investigation.

In several ways, Trump’s 20-acre compound in Palm Beach, Florida, can be compared to the physical embodiment of what some former aides describe as a “haphazard-at-best” approach by the former President to highly classified information and documents.

“Mar-a-Lago has been a porous place ever since Trump declared his candidacy and started winning primaries several years ago,” said Aki Peritz, a former CIA counterterrorism analyst. “If you were any intelligence service, friendly or unfriendly, worth their salt, they would be concentrating their efforts on this incredibly porous place.”

When Trump left office in January of 2021, he settled in Mar-a-Lago. The club, with its hundreds of paying members and paintings of Trump as a young man, served as a welcome refuge after his loss to President Joe Biden.

Numerous cardboard boxes that had been hurriedly packed in the final days of his presidency and sent to Florida on white trucks also ended up there. The process of packing, according to those involved with Trump’s departure from Washington, was hurried in part because the exiting President refused to take part in activities that would indicate he had lost the election. Items were hastily packed into boxes and shipped south without a well-defined protocol when it became evident that he would need to leave the White House.

“Trump kept a lot of things in his files that were not in the regular system or that had been given to him in the course of intelligence briefings,” said John Bolton, Trump’s former national security adviser. “I can easily imagine in the last chaotic days at the White House, since he didn’t think he was going to leave until the last minute, they were just throwing things in boxes, and it included a lot of things he had accumulated over the four years.”

Some boxes that contained classified information had ended up at the club after Trump’s presidency ended. When several federal investigators, including the chief of counterintelligence and export control at the Justice Department, headed to Mar-a-Lago in June to review the classified documents with Trump and his lawyers, they expressed concern that the room was not properly secured.

Trump’s team upgraded the door’s lock. However, FBI investigators went back to Mar-a-Lago last week to carry out a search warrant on the property that named three potential crimes: Espionage Act violations, obstruction of justice, and unlawful handling of government records.

A leather document box, photo binders, “miscellaneous top secret documents,” and “Info re. President of France” were among the things removed after the search on Monday. Although they haven’t offered any proof of a formal procedure occurring, Trump and his friends have claimed he exercised his presidential power to declassify the records before leaving office.

Stay tuned for more information on the investigation.

41
Previous Florida medical board moves forward in blocking gender-affirming treatments for minors
Next According to CDC data, Florida leads the country in overdose deaths due to new synthetic drug