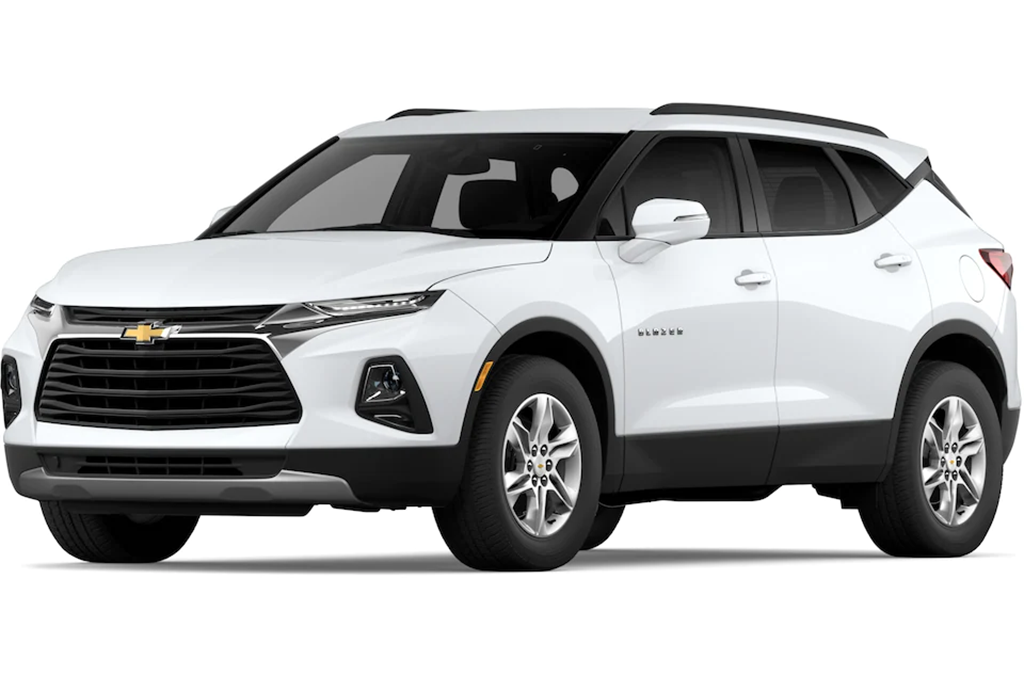 The Chevrolet Blazer made its first appearance in the car market in 2018 and proved to be a major hit among consumers across the world. In the past two years, Chevrolet has seen a considerable increase in sales. Issues regarding the growing demand in combination with the current global chip shortage have caused massive delays regarding supply issues. However, GM China has continued to promote new special edition cars and has a new one entering the automotive market.

Chevy’s new mid-size crossover is new to the Chinese Market and is counting on its new exclusive trim, the White Night Edition, to help bring in more sales. So far, initial reactions have been positive, but the question remains: Is this a new trim level or simply just an appearance package?

The upcoming Chevrolet Blazer White Night Edition, which is derived from the RS trim level, made its debut last week at the 2021 Guangzhou International Motor Show. It displayed its superior exterior styling built around the USDM Midnight Edition package. This new range-topping SUV crossover will have a traditional seven-seat configuration available. The outer body of the White Night Edition encapsulates the essence of class with a black and white color scheme.

The car’s base is covered in a cool Pearl White, while the rest of it encompasses black highlights and small details such as blacked-out pillars. Thie White Night Edition sits on a set of 21-inch black wheels that bring the whole design together.

The inside of the latest Blazer also collaborates with the RS model and has red and silver trim details, along with upgraded technologies such as Android Auto Integration and Apple CarPlay. Underneath the hood is GM’s mild-hybrid powertrain which uses a turbocharged 2.0-liter LSY four-cylinder engine and an electric motor with a 48-volt battery. The intricate combination of mechanics produces a strong output of 233 horsepower and 258 lb-ft of torque. All four wheels are powered through the 9-speed automatic transmission.

As a general standard, one should expect in a base LT Blazer an 8-inch infotainment system with Android Auto, Apple CarPlay, Amazon Alexa, and a Wi-Fit hotspot, dual-zone climate control, an HD backup camera, and the Chevy Safety Assist package, which includes automatic emergency braking with front pedestrian braking, lane-keeping assist with lane-departure warning, a following-distance indicator, forward-collision alert, and automatic high-beams.

The White Night Edition is now ready to order with an MSRP of 333,900 CNY ($52,285), including destination fees. Those who prefer a loaded 2022 Blazer can expect to spend nearly $60,000 plus destination fee in North America.

When the time comes to purchase your brand new 2022 Chevrolet Blazer with the White Night Edition or not, be sure to do it at Miami Lakes Automall. We carry a wide range of vehicles from the brand ranging in various shapes and sizes. Those who are interested in this vehicle or any of our other models can simply view our online new car inventory and chat with a representative for further assistance.