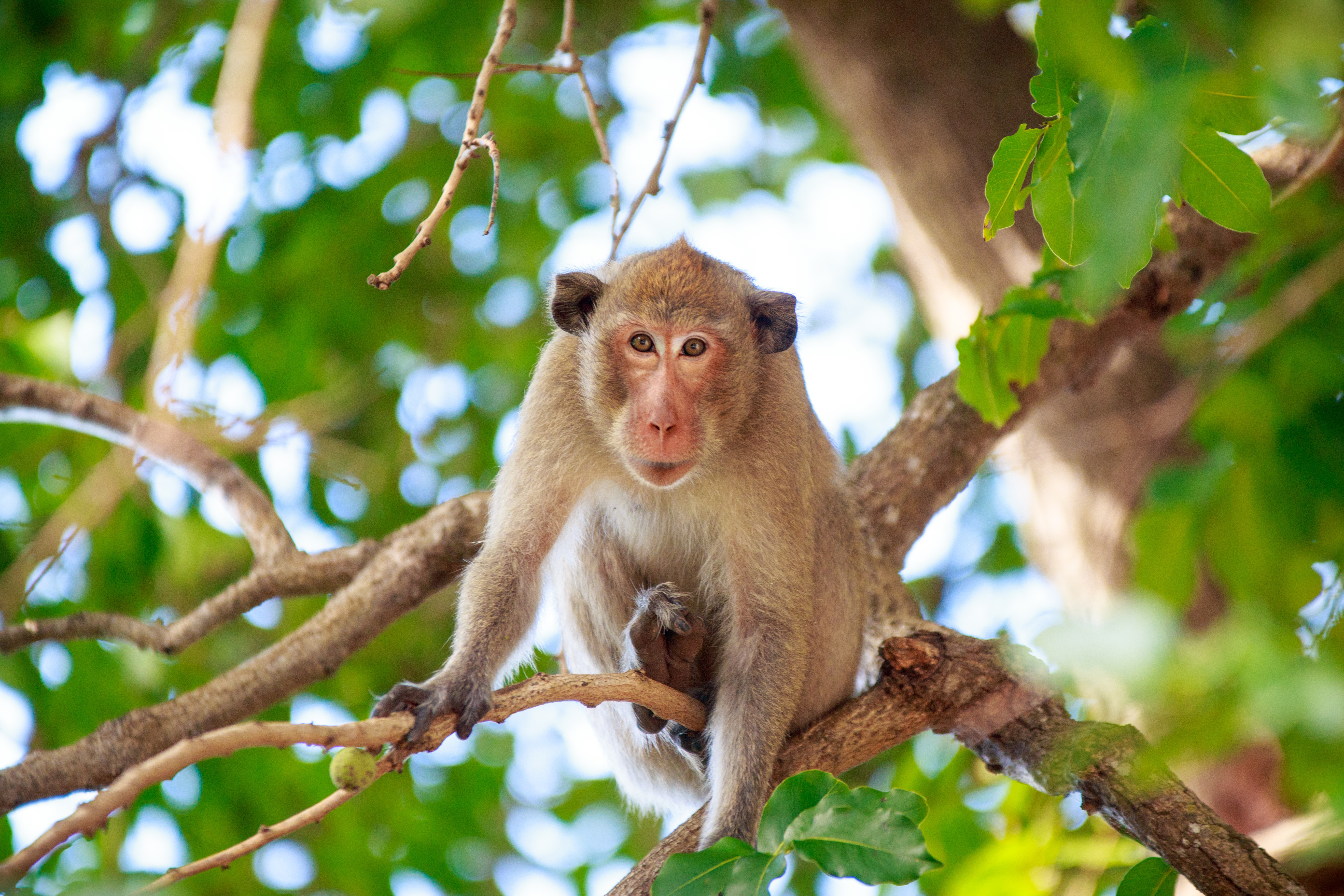 The 6 Best Places to View Free-Roaming Monkeys in Florida

Florida has its fair share of exotic and wild animals. From alligators to manatees and various species of snowbirds. We have it all. But there are places in Florida where animals such as monkeys may roam free and even have their own private island. Several places in Florida, actually. Here, we look at 6 places in Florida where you can see monkeys roaming free. And the best part is, you don’t have to go to Disney World’s Animal Kingdom to get a glimpse of these awesome primates.

The non-profit organization Dania Beach Vervet (after wild African Vervet monkeys) Project has taken upon itself to help the conservation of the local monkey population near Dania Beach, FL. The Project is part of an effort to educate the public and conserve the colony. Visit the Dania Beach Vervet Facebook page to learn more about the monkey colony conservation and the dedicated team behind the movement.

Located at 5297 S. Cherokee Way in Homosassa, FL is the Homosassa Riverside Resort. It is right across the water from an island of feral spider monkeys called Monkey Island. Also known as “Monkey Alcatraz,” the monkeys were moved there from a nearby wildlife attraction in the 1960s. They are now living their best life free and comfortable on their own private island. Check out the Homosassa Riverside Resort website for more information on Monkey Island’s history and the resort’s monkey-inspired amenities as well.

*Fun fact: Here at the Homosassa Riverside Resort is the only place in the United States where you can legally swim with manatees.*

The Bonnet House Museum & Gardens in Fort Lauderdale, FL is home to an exotic menagerie and to a troupe of squirrel monkeys. Designed by successful Chicago-born artist, architect and widower Frederic Clay Bartlett in 1920, the property was a gift from his father-in-law William Birch, a successful Chicago lawyer who dreamt of living a simple life tucked away in the beauty of the Florida landscape. The menagerie was cultivated by Bartlett’s former wife Evelyn Fortune Bartlett. Evelyn made sure to grow many varieties of orchids, put black and white swans in the estate’s ponds and bought 30 to 40 monkeys for its trees. Find out more about the Bonnet House and the menagerie by visiting The Bonnet House Museum & Gardens website.

This river which borders the Ocala National Forest is the largest tributary of the St. Johns River (the longest river in the State of Florida). There are descendants of escapee circus troupe monkeys here called rhesus macaques. These monkeys are thought to be cousins of the original Silver Springs colony and traveled almost an hour and a half away from the main family to go off and start their own colony. There is a lucrative business in the capture and selling of these Silver Spring monkeys, stirring the ire of many animal rights groups. Read more about that here and more about the tributary by visiting the Ocklawaha River website.

Monkey Jungle is a unique wildlife park where scientists go to study jungle wildlife and the amazing animals that live there. Visitors and students as well can come and learn more about this environment and the animals. The park was established in 1935 in a natural subtropical forest in southern Miami-Dade County. Here at the park, visitors can observe squirrel monkeys, black-capped capuchins, howler monkeys and Java macaques in a 30-acre park. The park is open year-round for all to enjoy. Learn more by visiting the Monkey Jungle website.

168
Previous The Story of Dade County, FL
Next Lucky’s Market To Close 32 Stores in Florida