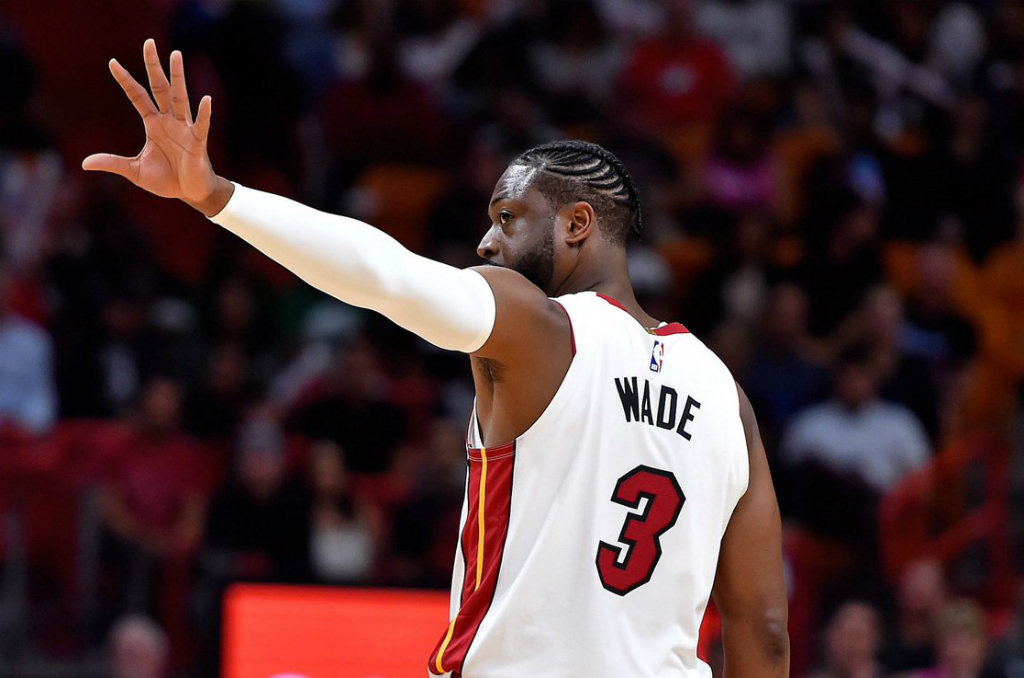 One Last Dance: Dwyane Wade Puts On A Show To End His Career

Dwyane Wade laced up his sneakers for one last dance, dazzling the crowd with a masterful performance.

The 37-year-old Miami Heat superstar recorded 25 points, 11 rebounds and 10 assists to end his historic 16-year career on a triple-double.

“Coming into the game, you know, I was like, ‘let me see if I can get a triple-double.’ So to be able to do that, my teammates definitely helped me out a lot. Everybody was cheering for me to do it,” Wade said at his post-game press conference. “To be able to go out that way was pretty cool.”

To make it even sweeter, Wade’s final assist, the one to net him the triple-double, came from longtime teammate Udonis Haslem, who drained a jumper at the top of the key.

“For me, I wanted to make that night memorable for him. What other way than to be the guy that knocked down that last shot to give him the triple-double,” Haslem said. “I swear when I shot the ball, it felt like a game winner. I felt the pressure, I felt the pressure of a game-winning shot.”

“Obviously, it means a lot [to have them here]. They know that I will always be there for them, especially in a moment like this. No matter what I’m doing, I will be there for their last game. It was cool to see those guys over there,” Wade said. “We’ve got a brotherhood. Those are my brothers.”

It was sentiment James echoed during a second-quarter interview with Fox Sports Sun.

“Listen, we all started this journey together,” James said. “We have a brotherhood that is just so much more than basketball. CP played last night, we had our last regular-season game last night and Melo is right here in New York, so we kind of made the plan and made the decision to come up here.”

Wade was the fifth pick of the 2003 draft, taken behind James, Darko Milicic, Anthony and Chris Bosh. No one would have guessed the 21-year-old guard out of Marquette would go on to have a Hall-of-Fame career. His lengthy list of accolades include:

“I can retire and be happy about my career, my body of work and everything I’ve been able to accomplish,” Wade said.

Now, it’s only a matter of when, not if, his jersey is retired to the rafters of the AmericanAirlines Arena where it will join those of Heat legends Alonzo Mourning, Tim Hardaway, Shaquille O’Neal and, most recently, Bosh.

On the topic of jerseys, Wade swapped his final one following Wednesday’s contest – this time with Anthony.

“It was fitting,” Wade said. “I didn’t get the opportunity to play against Melo this year and exchange jerseys with him. That was the missing piece out of this whole season. So everything worked out great, with him being here, and being able to give him my jersey.”

For Wade, he knew the moment that jersey came off he knew he was ready for the next chapter in his life.

“I think everybody knows that this is for real,” he said. “ I won’t be making a comeback.”